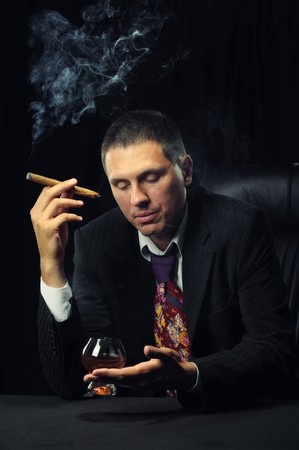 From the TV show perspective, Sopranos is a great model to follow. By almost any definition, it is a successful show with quite a following of fans who can’t wait for the next episode or next season to start. The show is a reflection of what can go right when you have a great team together. No one person going into the first season of the show was much better known than any of the other people. As the show has grown, the ensemble cast has done it together, and while James Gandolfini is the head of the family in the show and perhaps the most recognizable character, he is only one of many great assets to the show.

What they’ve also been able to do over the years is to attract additional talent (i.e. other very well-known actors) to join in the show in either cameo appearances or in temporary roles, probably at well below market rates. Why? Because everyone (including actors) want to be part of a winning team. So if you answered “yes” that your business is like the TV show, then congratulations!

Now for those of you who answered yes to the family business question, that may explain some of the troubles you’re having. One of the biggest problems our favorite family has faced includes finding good people, particularly when family gets involved. When it’s your cousin or uncle or brother, things take on a different meaning and your emotions many times get the best of you and take the focus off what is right for the organization.

If you have too many people working as individuals and focused on“what’s in it for me” vs. “what’s best for the organization/family”then troubles start to arise. In Sopranos terms, people start to get whacked! If the leader gets distracted or delays on making the tough decisions (as often happens with Tony), then the organization suffers.

Next time you’re watching an episode of the Sopranos, take a minute to think about how your business relates and if it’s more like the show or the characters. Ask yourself the question, do I want to be more like David Chase (one of the executive producers) or Tony Soprano.