"If I was to look at everything we talked about one year ago and where we're at today it's completely different…It's exciting to come to work every day because every day I'm hitting my goal…My biggest problem was I was stuck in the moment of it and took everything too personally, as an owner typically does. With Adam and Jack's help, I started to look at things in a true ownership fashion…People weren't in the right spots. Over the past year we've been putting people in the right spots and the growth out of that has been tremendous…The principles they teach apply to every business regardless of whether it's a landscaper or construction company or a marketing company…they help you focus and are available 24/7…I would say they are close friends."

Lisa Holly and her brother are the second generation owners of Berea Moving. The pair took over after the untimely death of their mother. Prior to her mother's death, Lisa had not been part of the day-to-day management of the company. Hear how working with Maximum Value Partners took an admitted novice to multiple winner of Northeast Ohio's Business Woman of the Year.

Click here to read an article from the Daily Reporter highlighting their story. 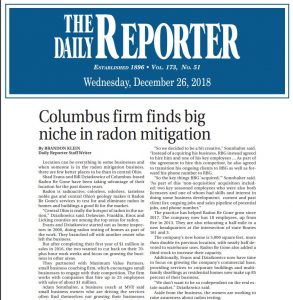 Often, small companies will be hesitant to even start a dialog or consider acquiring their competition to jumpstart growth.  It’s just too intimidating.  Owners are afraid of revealing too much, or of the seeming complexity and risk. Radon Be Gone (RGB), a radon inspection service in Columbus, has owners that sought quick growth while reducing the time crunch they were constantly under.    Check out Columbus’ Daily Reporter’s front page coverage of RGB’s purchase of a competitor.

MVP often guides its clients, such as RGB, through an almost counterintuitive purchase strategy that is un-complicated, seamless and less costly.  Using a “non-acquisition acquisition” strategy, the client simply hires the staff of the other firm and only “purchases” necessary soft assets such as customer lists without actually buying the company.

Radon Be Gone’s owners, Shad Evans and Bill Dziatkowicz have achieved their objective of eliminating 70+ hour work weeks, delegating field work to others and adding business development staff for growth. Shad and Bill were struggling with finding good people who could help relieve them of some of their duties and position RBG for further growth.

Their successful “non-acquisition, acquisition” of a competitor caught the attention of The Daily Reporter because it led RGB to tripling staff size in four years, relocating to a new location with twice as much space, and significant revenue growth in new market segments.

MVP helped RGB evaluate potential acquisitions / competitors while coaching Bill and Shad through approach strategies. MVP reviewed one target company and concluded that the owners were too unreasonable in what they wanted in order to consummate a transaction.

The owner of another smaller competitor in the area was complaining about working evenings and weekends on administrative responsibilities; he was reaching the point of burnout. But, he had concerns about selling his business to RBG in case things “didn’t work out.”

With MVP’s guidance, RGB got a bit creative. Instead of acquiring his business, RBG agreed to hire him and one of his key employees.  As part of the agreement the seller transitioned his ongoing clients to RBG and phone numbers were forwarded to Shad & Bill.  So, the key things RBG “acquired” as part of this “non-acquisition, acquisition included: i) two key seasoned employees who were also both licensees -- one of whom had skills and interest in doing business development, ii) current and past client lists, iii) ongoing jobs and sales pipeline of potential jobs, and iv) a phone number.  From RBG’s standpoint, these were the key assets they were interested in acquiring so MVP dubbed it a “non-acquisition” acquisition! 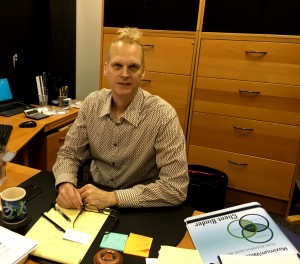 Starfish Computer conducted marketing analysis and audits to ask our clients: Why did you pick us when there are so many other IT options in the marketplace? With 21 years of client history, we have ascertained that our clients want to do business with us because we conduct an audit of their objectives and goals, at no charge to them, to determine a plan where Starfish Computer can implement an IT strategy to reach those goals. Our clients see the value add in doing this to determine if they are a fit for us and vice versa. They are continually impressed that this is a gratis project even before they become a client.

In addition to this being part of the formula for our success, we also realize that our relationship with the business coaching services of Maximum Value Partners (MVP) helped direct us on a path to increased profitability. Prior to MVP, we had been bumping along around the same sales level for years. With MVP, we have more than doubled our sales numbers in only a couple years. 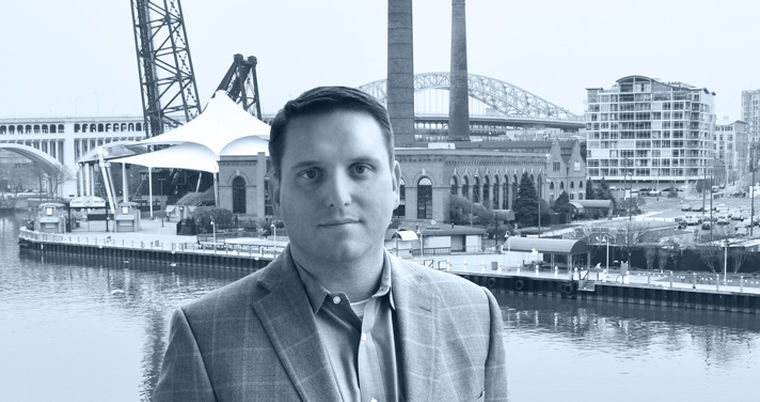 TPI Efficiency has risen to the challenge of growing an idea into a thriving business by keeping laser-focused on customer service, and developing a culture of excellence throughout our organization. Our business embraces technology in an effort to better serve our clients and partners.

Since our company's inception, we have continued to strive to improve our team and our business through continuing to expand our education and the utilization of business coaches such as Maximum Value Parters. TPI Efficiency's unique approach to outsourced procurement has resulted in millions of dollars saved on electricity, natural gas, LED lighting and more. 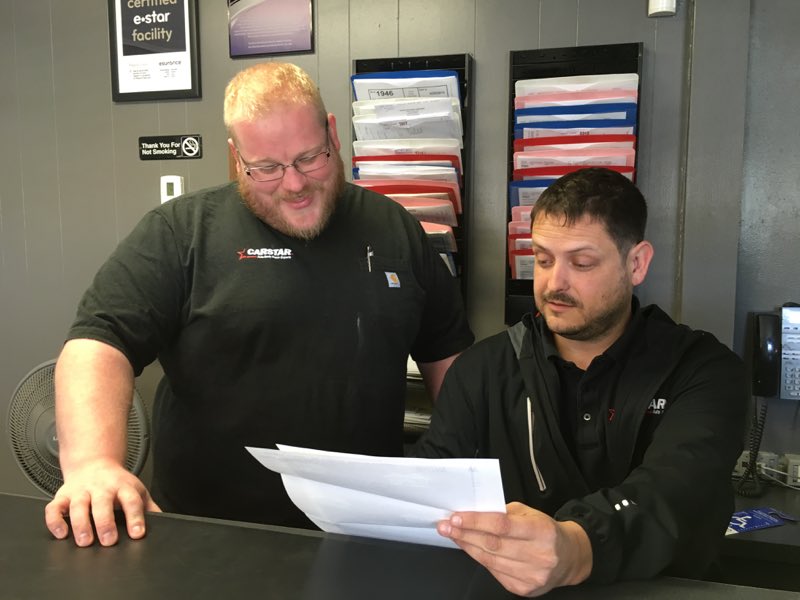 Coach & Collision CARSTAR and our subsidiaries including, CARSTAR Tim's Collision and CARSTAR Brunswick, have recognized that as technology has made cars safer, we need to keep up with state-of-the-art equipment to service our customers' vehicles.

In addition, we offer extensive education and annual industry training for our technicians to be experts to work with this equipment and provide excellence and safety processes during the repairs.

We will continue to provide tremendous customer service, attention to technology development, education/training of our technicians and the dedication to implementing environmentally safe practices by recycling of cardboard, waste, etc. CARSTAR was one of the first auto body repair companies in Cuyahoga County to have environmentally friendly paints, and we will continue to do our small part for the bigger picture of keeping the planet safe for generations. 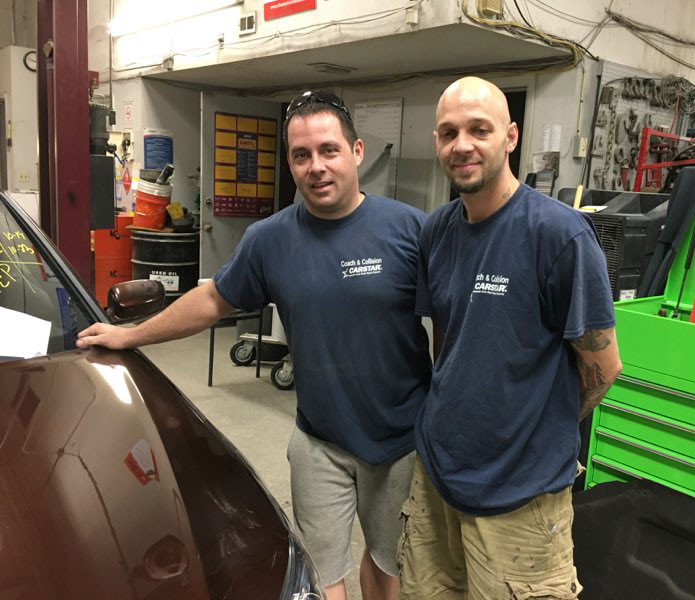 Working with business coaches from Maximum Value Partners, we are able to look at the big picture of how to grow as a small business. We have increased profitability and provided career satisfaction for our staff with tremendous potential to implement efficient processes for growth. 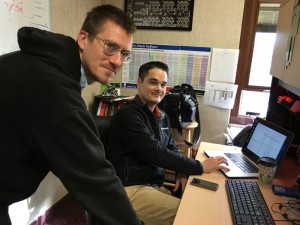 USA Firmware is a forward-thinking product design and consulting services company that propels clients to a greater level of success. USA Firmware has risen to the challenge of growing our business by being dedicated to designing all elements of our customers’ product, including hardware, software, firmware and the Internet of Things. We possess skills that only come from years of experience, resulting in products that are portable, reusable, easy to follow, modify and diagnose. We are passionate about our art, and it shows in our work and in the relationships we’ve built. Clients turn to us because our core value is to have a quality of talent that is not available from our competition. 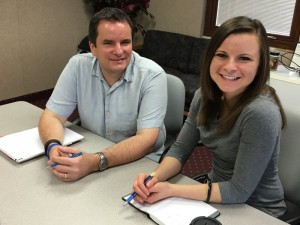 We market ourselves as the premier provider that not only has the best talent for our clients, but talent that is recognized by our peers.  We are also passionate and will continue to be for our top tier return on investment for our clients with an efficiency factor focusing on relationship building, nurturing our clients and receiving return business from these delighted customers. 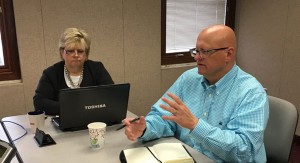 USA Firmware has also risen to the challenge of growing our business by using and engaging experienced advisors and making a point of following their advice. As our advisors, Maximum Value Partners (MVP) provides an insightful strategic process to follow, which has contributed dramatically to our success. MVP’s 7-Keys to Success initiatives, which include: vision, profit plan, marketing plan, organization, leadership, cash flow forecast and presenting have been the backbone to developing a strategy for our business growth. They have coached us on a variety of business situations and have kept us out of trouble to avoid the land mines out there. They made us accountable and they don’t let things slide. MVP has helped tremendously in the growth of our business to be on a future path of continued success.